No Second Chance for 9/11 FDNY Firefighters

There are so many stories of young kids hanging around firehouses and being taken in and mentored by firefighters. Many ended up becoming firefighters themselves, including the extraordinary Captain Patrick Brown of the FDNY. This being National Mentoring Month, we would like to bring attention to the Over My Shoulder Foundation, co-founded by Dawn Carroll and Grammy Award Winner Patti Austin.  OMS is a unique media-based project whose goal is to raise awareness of the impact of mentoring. From Patti Austin: “Our goal is to break down barriers that separate generations of people and cultures. Through mentoring, we all are increasingly interdependent on each other, rather than independent individuals. And, because of people’s interdependency, the foundation hopes to foster respect, diversity, culture, and individuality.”

Jessica Locke’s story of volunteering at a firehouse after 9/11, and having her life transformed by the firefighter “family” she encountered, was featured on the OMS website blog:  http://www.overmyshoulderfoundation.org/911-a-mentoring-story/

This excerpt from Rescue at Engine 32 describes the moment when Jessica realized she had not adopted a firehouse, but rather, that a firehouse had adopted her:

“First, what was going on in this firehouse was not an accident. There was a structure here that allowed young men without any life experience to gain self-esteem through earning acceptance into the firehouse.
Second, by keeping my mouth shut, my ears open, and working hard, I had accidentally stumbled into that structure;
Third, it was starting to work for me. My own sense of worth was being restored from scratch. The harder I worked and demonstrated my commitment, the more respect I earned. Once it was earned, they continued to honor it. I didn’t have to start over again each time I arrived. And it was this newfound self-esteem that was making me less afraid of being in the world … less afraid of trying something new.
I felt all of five-years-old, looking up to all these men to help me find my way. This firehouse was more nurturing than any household I had ever been in. I was not crazy to want to be here. This was the most intelligent thing I had ever done for myself. I was being re-parented from the ground up. Never having experienced self-esteem, I wasn’t really sure what it felt like. But now I knew. I can only describe it thusly:  It is real, like a mountain fortress growing slowly inside you, lifting you up higher and higher from within. There is no fear. It prompts you to give more and do more, because you are safe inside. It is absolutely wonderful.”
Thank you to my firefighter mentors at Engine 32! 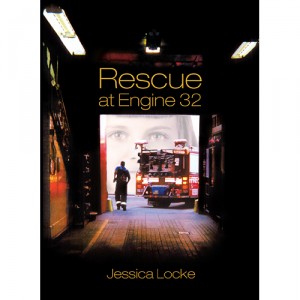